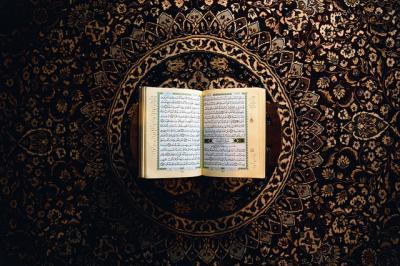 Islam is the only religion that encompasses all aspects of our life. It gives us a complete code of conduct and teaches us to live a life of honesty, cleanliness, and good deeds.

With that, Islam also emphasizes peace, love, and compassion. The word \’charity\’ in Islam stands for fulfilling one\’s obligations to God, helping others, and cultivating compassion.

Muslim Charity is one of the most fundamental virtues as it is the fourth Pillar of Islam. It helps people grow towards their religious obligations as well as fulfills a sense of social responsibility.

Giving charity is one of the most crucial tenets of Islam. Islam regards charitable acts as the equivalent of prayers because they help to relieve individuals from their suffering.

The Qur\’an urges Muslims to give alms, or charity, as prescribed by God: \”And spend [in Allah\’s cause] out of what We have provided for you before death comes to any among you and make not your deeds vain.\” (Qur\’an 5:89)

Muslims have been donating to charity since Allah first revealed His commands to Prophet Muhammad (peace and blessings be upon him).
Every able Muslim must indulge themself in acts of charity.

This can be done in various ways such as almsgiving, removing a harmful object from the path, saying a word of comfort and consolation, commending good deeds, and even smiling. This means that charity does not always have to be in the form of money!

By giving charity, Muslims can cleanse themselves of their sins. Also, by helping others, they strengthen the bonds of brotherhood and look out for the welfare of humanity as a whole.

Moreover, it is important to give to Muslim charities in a way that is consistent with the Islamic principles of modesty and humility. Giving should be conducted in a way that is appropriate to the recipients of the charity.

Therefore, the best way to make a Muslim donation is by donating to Muslim non-profit Organizations. Muslim charities are also known for their efficiency and their ability to reach a wide range of people in need. This is a practical way to donate money as these organizations are founded on religious principles and are working towards the furthering of the Muslim community.

Islam teaches Muslims that everything belongs to Allah who is the Most Bountiful. Allah SWT only bestows His blessings upon His servants which means we do not have any authority over things, including our wealth.

Allah has said in the Quran, \”You will never attain piety until you spend out of what you hold dear, and whatever you may spend on anything, Allah indeed knows it.\” –3:92.

Giving charity in Islam has many benefits. The degree of the reward is dependent on the degree and significance of the benefit of the charitable act, and to what degree the charity was given for the sake of Allah.

When Muslims donate, they feel gratified, for charity is a form of purification and repentance. It is a means of praising God that uplifts the status of a Muslim in the eyes of Allah.

Any wealth spent in the name of Allah is rewarded by an exponential increase in return. Allah says in the Quran, “If you lend to Allah a good loan, He will multiply it for you and forgive you. For Allah is Most Appreciative, Most Forbearing.” [Surah At-Taghabun:1]

A Muslim receives eternal rewards for the afterlife through acts of charity. The Holy Prophet has said, \” The charity you give will be your shade on the day of judgment.\” He also said, \”Give charity without delay, for it stands in the way of calamity.” (Al-Tirmidhi)

Moreover, charity relieves people from difficulties and suffering. This is one of the greatest reasons why Islam emphasizes Muslim donations since it ensures a flow of wealth and softens the hearts of believers.

Charity eradicates jealousy and envy from the minds of the poor when they see their fortunate Muslim brothers contributing for their sake. Hence it is an excellent manner of showing care for others and giving and receiving happiness.

Finally, charity psychologically comforts an individual by means of self-satisfaction and inner peace. According to a study conducted by the University of Michigan, charitable people tend to live longer because they have lower stress levels and blood pressure.

What is a Muslim charity?

A Muslim charity is a religious organization, a social welfare organization, or even simply an individual who wants to do good in the world. These charitable organizations use careful selection processes before distributing funds so that they help provide the needed assistance throughout the world while being ethically responsible.

What is the best Muslim charity?

There are many different types of Muslim charities. Islamic World relief and Muslim Food Bank are two of the best Muslim Charity Organisations in the world.

What is the biggest Muslim charity?

According to the food tank, the biggest Muslim Charity is Islamic Relief Worldwide. They aim to assist the less fortunate members of society and initiate projects for the betterment of the people without any discrimination.

What is it called when Muslims donate to charity?

Sadaqa is the term used for when Muslims donate their money to Islamic organizations that follow Sharia law. Muslims have been giving charity since Allah first revealed His commands to Prophet Muhammad (peace and blessings be upon him).

Charity is the most suitable way to cultivate justice, balance, and kindness in every society and community. The Muslim community must hopefully fulfill their charitable duty correctly and their part to eliminate poverty in communities everywhere.