Why Charity is so Important in Islam? 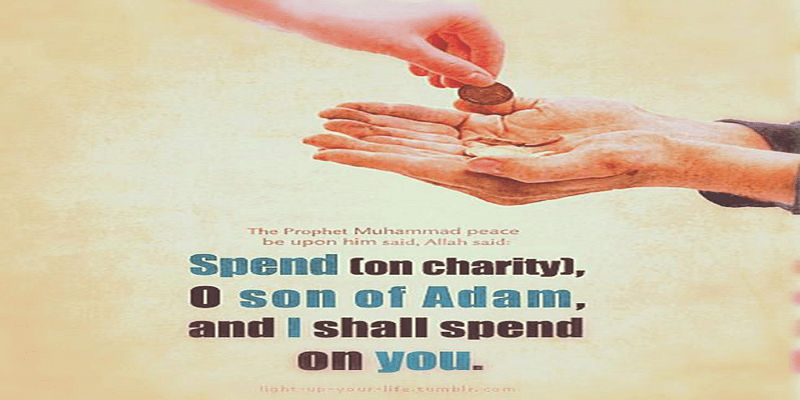 “Who is he that will loan to Allah a beautiful loan which Allah will double unto his credit and multiply it many times?”[2:245]

The act of sharing your blessings with those who don’t have them is indeed one of the noblest deeds one can do. Charitable deeds are the demand of humanity generally and Islam specifically.

The Holy Quran emphasizes the importance of charity in Islam again and again in its verses. The monument of Islam stands on five pillars, out of which charity is the third one. Various ayahs and hadiths preach charity.

You might be thinking, why is a charity so important in Islam? Who is eligible for charity? What is the order of Allah the Almighty regarding charitable acts? This article addresses all these questions with references from the Holy Quran and Hadiths.

Why is Charity so Important in Islam?

Islam is the religion of peace and promotes every peaceful act. It is part of a Muslim’s faith to help his religious brothers in every way possible. Charity lowers the discrimination between rich and poor. It allows the wealth to cycle in the whole society instead of being caught in just a few hands. It is a way to achieve spiritual happiness and divine love.

Islam declares charity a way of purifying your wealth. In Islam, charity is not about helping others but ourselves. Allah has promised to give us tenfold or more in return.

Islam binds all the Muslims of the world to one Kaaba and, thus making it mandatory to help each other. Not only the Muslims, but Islam also preaches to help all those who are needy and destitute regardless of their religion, caste, or color.

The Holy Prophet (P.B.U.H) has emphasized the importance of charity in Islam at various places in Hadiths:

Types of Charity in Islam

Charity in Islam takes many forms, from helping others with a piece of sound advice to providing financial aids. Based on the teachings of the Quran and Hadiths, we can divide it into two major types, i.e., obligatory charity and voluntary charity.

Obligatory charity is a must-do for all capable Muslims. The faith of a Muslim is not complete if he doesn’t fulfill all his obligations. The word used for this kind of charity in the Holy Quran is“Zakat.”

Zakat is an integral part of the Islamic faith. It is a symbol of social equality. Unless you don’t pay Zakat, your wealth is impure, and you are answerable to your Creator. Paying a certain amount out of your wealth brings you the “purification and growth” of your wealth.

The other form of charity in Islam is the voluntary sharing your blessings with others. It takes two major forms, namely “Sadaqah” and “Waqf.”

Sadaqah is not only about giving money. Every good deed that is unto others falls in the category of Sadaqah. There is no set value of money or assets on which Sadaqah becomes payable. As it is voluntary charitable giving, you can give as much as you can.

Indeed, those are the best givers who give more from their less. Giving sadaqah brings you soul-satisfaction, and you get more near to your Creator.

Waqf is another form of voluntary giving. It is the endowment of property or funds for welfare purposes. This form is not mentioned in the Holy Quran, but various Hadiths support the idea. You may donate your property to build some hospital, mosque or school, etc.

The assets are retained, and the profit runs the charitable building. In this way, the donor keeps earning the reward until people are getting benefits from the cause.

The Reward of Giving in Islam

Islam promotes charity on all levels and promises blessed rewards. Besides the psychological comfort and spiritual happiness, one also earns Allah’s mercy and His love.

Verily, those who give Sadaqat (i.e., Zakat and alms, etc.), men and women, and lend to Allah a goodly loan, it shall be increased manifold (to their credit), and theirs shall be an honorable good reward (i.e., Paradise). [57:18]

Zakat and its Importance

Being the third pillar of Islam, Zakat is obligatory in Islam. It purifies your wealth, and Allah gives you more. But Zakat is only payable for those Muslims who have some extra wealth after fulfilling their basic needs.

For example, you don’t need to pay Zakat on your residence house or daily-use machinery. It is to be paid on your assets like the certain value of cash, gold, silver, or any other.

Zakat is the religious percentage of the poor in your wealth. Islam takes the concept that all your wealth and blessings are from Allah, and He has put the share of the needy in it.

The standard 2.5% share of a certain amount of wealth is specified for the poor, which has to be paid each year. There is a specific nisab to pay Zakat.

But Islam defines the eligibility of Zakat in the holy Quran; not every poor person can receive this. There are right heads of Zakat defined in Surah Tawbah:

“Indeed, [prescribed] charitable offerings are only [to be given] to the poor and the indigent, and to those who work on [administering] it, and to those whose hearts are to be reconciled, and to [free] those in bondage, and to the debt-ridden, and for the cause of God, and to the wayfarer. [This is] an obligation from God. And God is all-knowing, all-wise.” [Al-Tawbah, 9:60]

One form of Sadaqah is Sadaqah-e-Jariya, in which the reward continues even after your death and reaches your parents. This form of Sadaqah includes all kinds of acts by which you can benefit someone. For example, raising pious children, spreading knowledge, and other courteous acts are quoted in Hadiths. Sadaqah Jariyah helps you succeed in this life and hereafter.

1. What does the Holy Quran say about charity?

The Holy Quran orders to give for the sake of Allah to those who deserve it. Zakat is discussed at many places in Quran, and it is declared as one of the pillars of Islam.

2. Why is a charity so important in Islam?

Charity is very important in Islam as it promotes social equality and tries to maintain a socio-economic balance. It is a way to end poverty as it ensures the availability of at least basic needs to all.

3. Who is eligible for charity in Islam?

Islam has declared eight heads eligible for receiving Zakat in Holy Quran. However, Sadaqah can be given to any poor or needy irrespective of color, caste, or creed.

4. What is the best form of charity?

Charity is part of a Muslim’s faith. It is a way of spreading love and peace. Islam emphasizes the importance of charitable acts in many places. Those who relieve others, He reliefs them. This is not only a saying, it’s His promise! To become nearer to your Creator, what can be the best way to help His creation?

So, go ahead and make a change!