Laylatul Qadr – The Night of Power 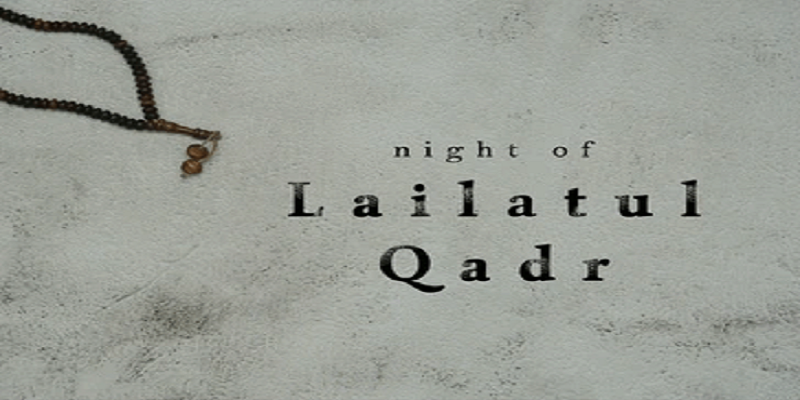 “The Night of Decree is better than a thousand months. The angels and the spirit descend therein by permission of their Lord for every matter. Peace! it is until the emergence of dawn.”  [Quran: 97:3-5]

A believer always seeks opportunities to get closer to his creator. Islam marks certain times and places exceptionally sacred for Muslims. Though one can worship and prostate anytime, some days hold great religious significance for Muslims. Ramadan is one such time of the year for the Muslim world.

During Ramadan, Muslims fast, pray, recite, and give Sadaqah during the month to seek Allah’s love. Although the entire month is holy, Some nights of Ramadan, especially the last few nights, are most blessed. The Night of Power is hidden in these nights, also referred to as “Laylatul Qadr.” This is the holiest night for Muslims and the best time to connect with their Lord – Allah.

Some scholars believe that Laylatul Qadr marks the 27th of Ramadan, though many say that it is hidden among the last five odd Ramadan nights.

The Night of Decree called Laylatul Qadr is the most sacred night in the Islamic calendar. This is the night of forgiveness, the night of predestination.

During this holiest night, a single good deed becomes thousandfold. For example, the reward for good deeds during Laylatul Qadr is equivalent to having performed the same act for over 83 years.

Laylatul Qadr holds a great significance in Islam and as described in Surah Al – Qadr, it is “better than a thousand months” (Quran, 97:3).

It is the night when the verses of the Holy Quran were first revealed to the Holy Prophet (PBUH).

The Holy Prophet (PBUH) used to spend most of his time in solitude. He kept on meditating for long hours in the cave of Hira. Muslims believe that he received the very first revelation from Allah Almighty during that time. It was the beginning of Quranic revelation.

Laylatul Qadr is marked as the remembrance of that day. These were the days of Ramadan, however, the exact date is unknown.

When do Muslims Celebrate Laylatul Qadr?

The exact timing of the Night of Power is a secret. Allah has asked Muslims to seek this night in the last nights of Ramadan, the holiest month for Muslims. It is believed that the odd nights of the last 10 days of Ramadan from 21st to 29th are specifically significant in this regard.

Therefore, Muslims spend all these five nights praying and worshipping Allah. They perform their religious obligations with sincerest hearts in hopes to receive immense rewards from their creator.

Laylatul Qadar is the night to worship Allah with a genuine heart. He is eager to forgive His creation and shower His mercy on them on this beautiful night. That’s why it is the best time to make duas. One should majorly recite Surah Qadar and offer optional prayers.

Being asked by his wife, Ayesha, the Holy Prophet (PBUH), said it is the time to seek Allah’s mercy. Prophet (PBUH) told her a dua to recite with the sincerest heart. It was:

“O Allah, You are Pardoning and you love pardon, so pardon me.”  (Tirmidhi)

Things to Perform on Laylatul Qadar

Laylatul Qadar holds a great significance in Islam. All Muslims believe that this is the night of decree and night of immense value. This night is a way to seek Allah’s mercy and forgiveness. The worship of this one night can bring you more reward than the prayers of your whole life. Any deed performed on this night is equivalent to performing that same deed for 83 years.

Considering no Muslim would want to miss the night of Laylatul Qadar, we are listing here a few things that Muslims must do on the night of power to please their creator.

Muslims ought to follow their religious duties throughout the year. But on this holy night, the reward of every prayer increases manifold. Allah sends His angels to earth, and they write down each good deed of a Muslim till morning prayer.

People spend the whole Qadr Night standing on their prayer mat and offer salah, Taraweeh, nawafil, and tasbeeh. Every Muslim looks forward to Allah’s pardon and generosity on this night of return.

During this sacred night of Ramadan, Allah (SWT) showers His blessings and accepts all the sincere supplications. Indeed, Allah is merciful and listens to His pious men and women. This is the night of asking his ultimate mercy and begging for whatever you want.

Ramadan recitation of the Holy Quran in mosques usually ends on an odd night, like on the 27th or 29th of Ramadan. On these nights, a special dua for the well-being of Muslims is arranged. Offer your prayers in the mosque and be a part of this dua to earn His love.

3. Recitation of the Holy Quran:

Muslims try to recite the holy book as many times as they can during the month of Ramadan. But on the Laylatul Qadr, recitation of the chapters of the Quran holds a great significance as the reward increased many folds.

It is a religious obligation for Muslims to perform fasting during the days of the holy month, Ramadan. On the night of Laylatul Qadr, all the members of the family keep a fast to gain the ultimate reward. In the evening, the whole family gets together for iftar and also makes arrangements for iftar for their relatives and the poor.

Islam is the religion of peace and promotes charitable acts. During the holy month, the reward of giving Sadaqah becomes 70 times. If you make arrangements for someone’s iftar, you will not only get rewarded for fasting but also for making someone else\’s fast possible.

Helping the needy and giving sadaqah is very important on the night of decree as it is a way to seek Allah’s pardon and blessings. Even giving a minor amount of money or offering a glass of water to someone with a genuine heart becomes a great virtue in His eyes.

Many Muslims spend the last ten days of Ramadan in Itikaf (solitude). They disconnect from the material world and recover their connection with their Lord. Nothing can be better than a night of Laylatul Qadar spent in solitude in the remembrance of Allah the Almighty. It is indeed the best time to reflect on your deeds and strengthen your religious habits.

1. How to seek Laylatul Qadr?

Laylatul Qadar is the night of mercy and forgiveness, but no one knows its specific date. Muslims seek the night of power on 21st,23rd,25th,27thor 29th of the Holy month as the Holy Prophet (PBUH) said:

“Seek it in the last ten days (of Ramadan), on the odd nights.” (Hadith, Bukhari, and Muslim)

2. Why is the 27th day of Ramadan significant?

According to many Muslim scholars, Laylatul Qadar falls on the 27th night among the last ten nights of Ramadan. The reason behind its immense significance is the completion of Holy revelation (Quran) on the 27th day of Ramadan.

3. What time does Laylatul Qadar start and end?

It is not exactly known which night among the last ten nights of Ramadan is Laylatul Qadar. But whenever it is, it starts from the evening prayer (maghrib) of one day and ends at the morning prayer (Fajar) of the next day. Muslims believe that the angels count in all their virtues between the time of sunset and sunrise.

4. Why is Laylatul Qadar so important?

Laylatul Qadar is important as it is the most blessed night of the Islamic year. Muslims believe that the Quran was revealed to the Holy Prophet (PBUH) on this sacred night. The prayers offered on this single night are better than the worship of a thousand months.

“Laylat Al Qadr is a night better than a thousand months,” Surah, Al-Qadr, 37:3.

5. What are the benefits of Surah Qadar?

Surah Qadar has a special connection with the Ramadan “Night of Power.” Those who recite Surah Qadar get the reward of a mujahid and martyred, forgiveness, improved eyesight, protection from the evil eye, and financial stability.

6. Why is it called Laylatul  Qadr?

The word ‘Qadar’ means honor, dignity, importance, and predestination. As it is the “Night of decree,” “Night of value,” “Night of Power,” and “Night of measures,” it is called Laylatul Qadar.

Laylatul Qadr holds great significance in Islam. Asking Allah for forgiveness on this one night can wipe away all the previous sins. The prayers of this one night are more powerful than the prayers of a person\’s entire life. Everyone should perform religious obligations sincerely on this night. One should try his best to do as many good deeds as one can.

Lucky are those who get to see this night and spend it in the remembrance of Allah Almighty.