This Muslim ethnic minority group has been a victim of ethnic cleansing in Myanmar and continues to face oppression at the hands of the state. Those who managed to escape now reside in Cox’s Bazar, Bangladesh.

The host state has been struggling to provide basic amenities to the refugees. Still, it continues to fail in the face of the crisis. The number of refugees has been rising. Bangladesh still has not found a way to solve this issue but continues to take in more refugees every day.

Rohingya refugees have been categorized as the world’s largest stateless population. While facing ethnic cleansing and genocide in Myanmar, the state has repeatedly refused to provide citizenship to this minority group, resulting in poverty and the marginalization of the community.

Although the Rohingya have been facing persecution at the hands of the Myanmar government for several decades, the escalation in violence in 2017 led to 700,000 refugees fleeing to Bangladesh, the neighboring country.

Bangladesh has been hosting refugees for a while. Still, the recent refugee influx in 2017 stressed the environment and its natural resources.

According to the World Health Organization, around 925,000 refugees have been living in Cox’s Bazaar. Although Bangladesh has welcomed refugees with open arms, as a developing economy, it has been unable to provide the necessities to survive.

While life in Myanmar has been anything but easy for this minority group, living in a camp at the Cox’s Bazaar, Bangladesh, has had its own set of challenges.

Cox’s Bazar, built on uneven and sandy hills, faces cyclones and flooding, especially in the monsoon season. Refugees who have already been facing a lack of sanitary drinking water are now faced with another issue: water-borne diseases like typhoid and infections.

Shelters and tents being swept away due to high winds only add to the destruction in the face of the calamity. Camps are not strong enough to survive high-intensity rains and winds, and the lack of proper accommodation creates additional hindrances to survival.

Until 2018, most families relied on tube wells and groundwater for drinking. However, this water has been contaminated by harmful bacteria. The lack of filters to purify the water for drinking purposes has been a major issue.

This issue, however, is being tackled by the UN’s high commissioner office.

The UN’s refugee agency has provided these refugees with safe drinking water via solar-powered clean water systems. This latest technology has made clean water more accessible, and it can provide water to up to 40,000 refugees.

Although this technology has been effective to some extent, it has yet to be able to solve the humanitarian crisis completely.

Overpopulated camps face the most significant water shortage. The water extracted is barely enough to meet the growing demands. As a result, the extra burden exerted on the tube wells leads to water tables dropping significantly. This affects not only the refugees but also the local communities, who struggle to obtain pure water. 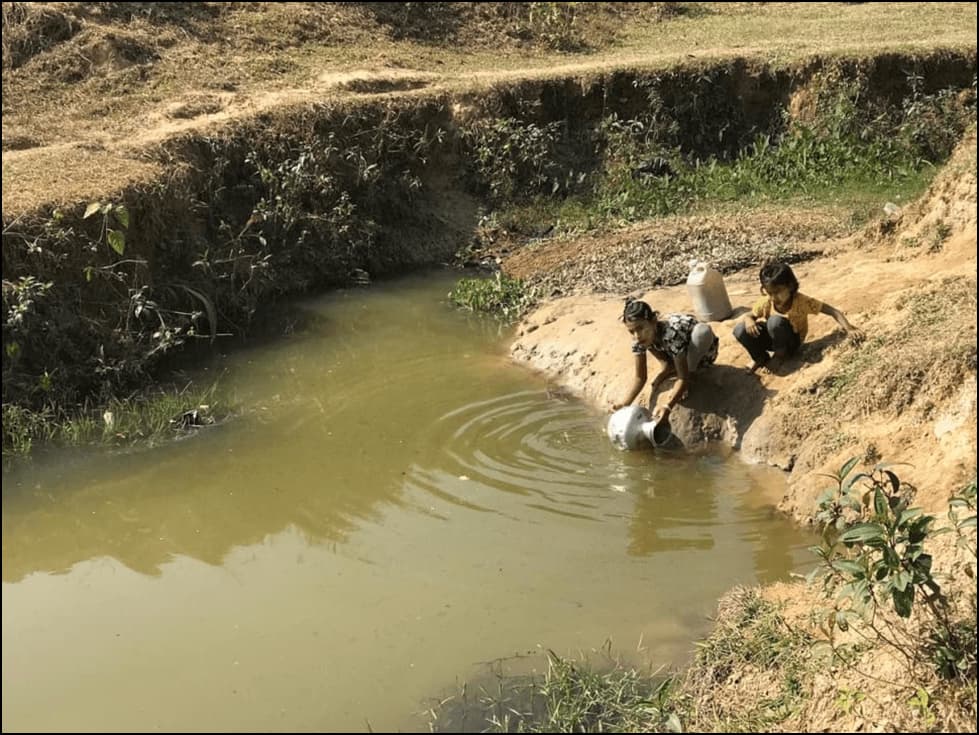 The problem doesn’t end here. Water availability is further threatened due to sporadic rainfall in the region. Water tables are significantly lower as the annual dry season approaches in Bangladesh.

Between March and May, the lives of the refugees are the hardest. However, the monsoon rains allow the water tables to rise and recover from the dry spells. As the tube wells collect water, the refugees and the surrounding communities benefit from it.

Although the monsoon rains help break the dry spell and recover from the water shortages, tube wells are often destroyed because of the intensity of the rains. That only further adds to the current water crisis.

To overcome the issue of destroyed tube wells, UNHCR, with the help of the refugees, has been building reservoirs. These reservoirs will store the water in the seasons of June and September so that the burden from tube wells is shifted. It is likely to temporarily improve the situation and help solve the issue of water scarcity in times of dry spells.

Since tube wells are outdated and not the most reliable option, trucking has been proven to be a better alternative. The water from the trucks is comparatively sanitary and cleaner than tube wells.

However, not only is it costly, but it is also affected by environmental hazards. Considering Bangladesh is a developing economy, this alternative method hasn’t been the most favored.

That’s because the area is marred by flooding and cyclones, and the trucks often cannot reach their destinations. The Rohingya refugees continue to suffer in the face of these natural disasters.

Water availability is threatened due to various factors like overcrowding and flooding, and the issue of contaminated water continues to persist.

In 2017, a water sample showed that 92% of the household’s water was contaminated with E. coli. Subsequently, this was followed by an acute watery diarrhea outbreak, leading to 10 deaths.

Another reason for water contamination is fecal infections due to latrines being close to water sources. A lot of the refugees rely on open sources of water located near the latrines.

Also, the tube wells built after the influx of refugees were built without proper planning or coordination, or taking the depth required to reach clean water into consideration, resulting in the water from the tube wells being easily contaminated.

Since the camps are overpopulated and the restrooms are comparatively fewer, overflowing is another persistent issue. This has been mainly seen in the monsoon season when the waste is carried away by the flood water, leading to contamination.

Although the refugees are seen to be educated about their hygiene and cleanliness, they are forced to use dirty water, considering no other options are available. The children, too, are malnourished and suffer from various diseases due to contamination.

Long queues are formed to obtain water from the tube wells. According to a Rohingya refugee, water is only available for 2 hours daily. Unpredictable hours of water availability, along with overpopulation, have been a significant threat as the refugees struggle for their basic amenities.

The socio-economic and environmental pressure due to the sudden population growth has been massive. Despite progress being made to improve living conditions and the water crisis, the lack of clean water remains a looming threat.

The only reasonable solution is to go for deep tubewells – more than at 70 to 150 feet deep – which go down to clean water. Each of these tubewells is installed for a few tents or houses, offering clean water to the Rohingya community.

This is done to ensure everyone has access to water and that the host communities in the area are unaffected by the flood of migrants. 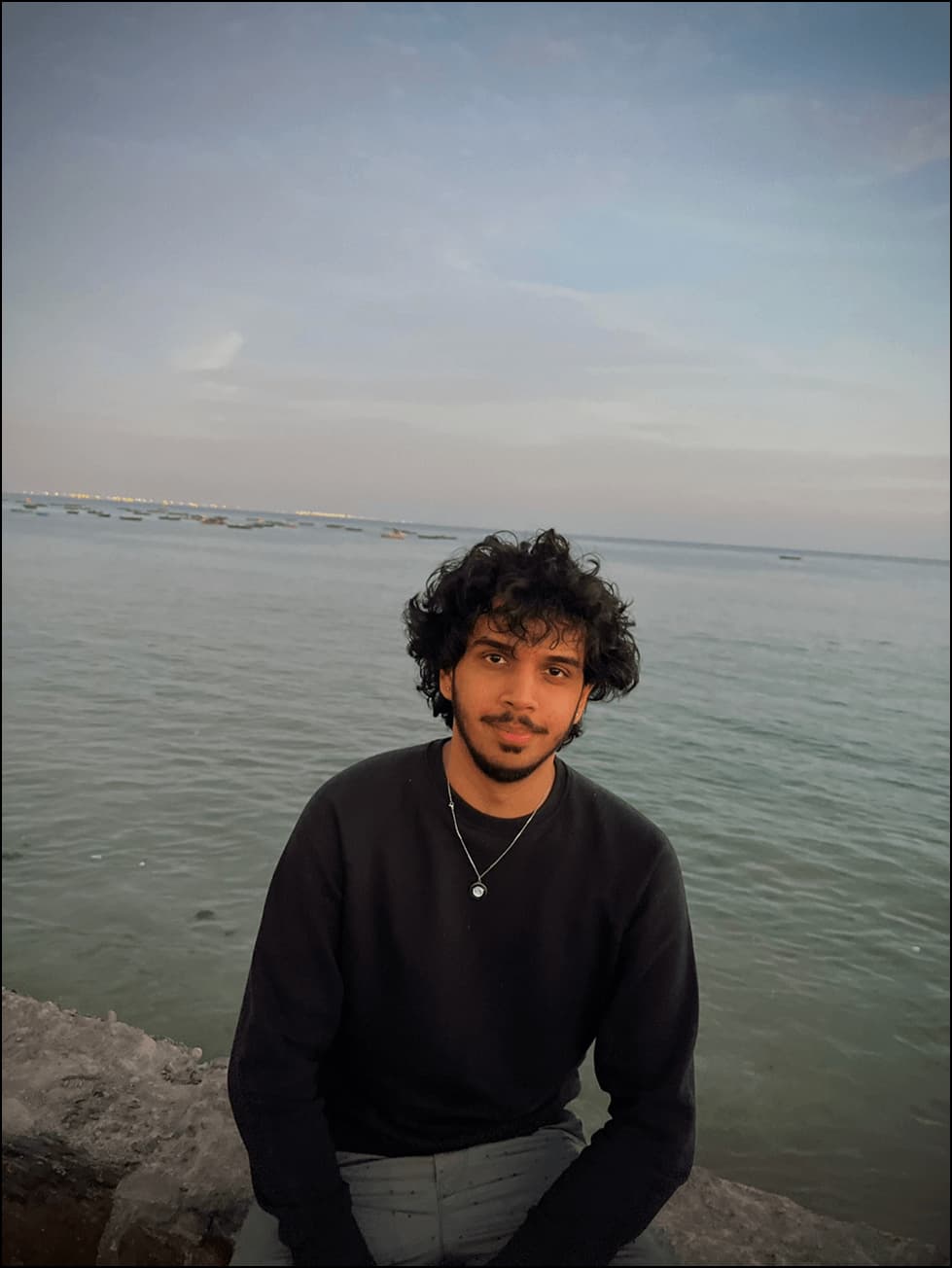