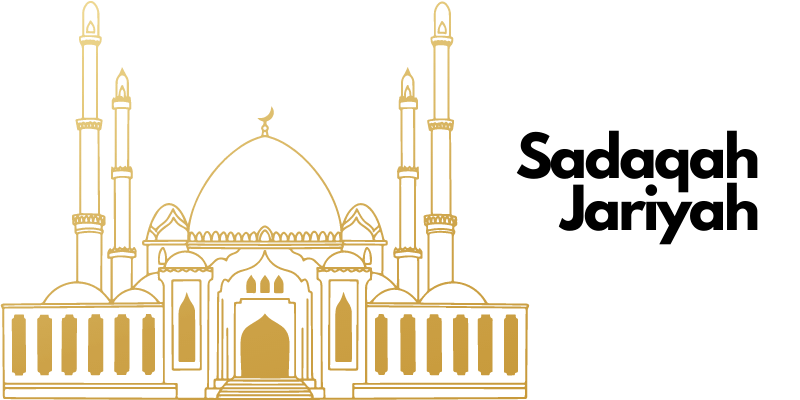 Sadaqah Jariyah is an ongoing reward that one can earn by providing someone with ease in the long term. It is one great reward that will keep benfoofitng you even after you are long gone from this world. This hadith perfectly describes the concept of sadaqah Jariyah.

‘When a person dies, his deeds come to an end except for three: Sadaqah Jariyah (a continuous charity), or knowledge from which benefit is gained, or a righteous child who prays for him’ (Muslim)

Ekplatebiryani has been working on multiple projects that can earn immense rewards for Sadaqah Jariyah such as building water handpumps in extremely water-scarce regions. You can earn it by donating to us for providing long-term water access for the people of Thar and the Rohingya refugees.

What is Sadaqah Jariyah?

Sadaqah Jariyah, in equivocal terms, is voluntary charity. The thing that separates it from forms of Sadaqah is the time duration. It is a much longer commitment than what normal Sadaqah is. Both share the first name; however, the time duration separates them in both processes and reward aspects. Sadaqah Jariyah is a form of charity in Islam that keeps on giving to the community or the person it was intended to help.

Is Sadaqah the same as Sadaqah Jariyah?

Despite them sharing the same first name, they are not in any way similar. Sadaqah refers to a temporary good deed to help someone, such as feeding the homeless or helping someone in need once. In contrast, Sadaqah Jariyah focuses on creating a much longer focused system for increased time durations to help the people.

An installation of a water cooler on the street is perhaps an excellent example of Sadaqah Jariyah. It is being included because it will help people throughout the year. Similarly, another fitting example would be getting potholes fixed every time there is a need, and it will help people year-round, save lives, and most importantly, keep people safe.

What are the various acts that may be considered Sadaqah Jariyah?

There are various things that a Muslim can do that may be considered Sadaqah Jariyah; the following are some of many more.

An orphan is someone who no longer has a father or primary care provider. They require assistance in all areas of life, especially financially and spiritually. The central aspect of Sadaqah Jariyah in sponsoring an orphan is that the support will last years as well as will have an impact that will last for the Orphans entire life span.

From the age an orphan receives the Sponsorship to the day they die, the Sadaqah Jariyah will stay there. With the proper spiritual guidance and growth, the Orphan can become a beacon of hope for others. This may lead to them further helping others and doing what was done for them.

Education is the building block of a decent society and social sphere. The community and its people are all determined by their education. While most people only consider traditional education to be the thing for focusing on. Spiritual education helps in a much more significant way when both of them are paired together.

Providing education for free is a form of Sadaqah Jariyah that will resonate with time. If you do not have the resource to construct a proper building, you can teach in your home to the less privileged and help them. The teachings can be anything that further helps them in life; if you are able to collect the funds to make a school for them, then that is the highest form of this type of Sadaqah Jariyah. Education will take the Muslim Ummah further and help us understand the teachings of Allah and the Prophet Muhammad (P.B.U.H).

Around the world, clean water has become a luxury rather than a common occurrence. It is due to climate change but also due to the lack of resources for reverse osmosis and other means of water treatments. A significant way to contribute to this can be to install water filters in low-income and non-developed areas. As they are the ones who do not have the resources to help keep them fed and provided for.

With the minimal resources that they have, it is genuinely a Sadaqah Jariyah to provide them with those to fulfill their needs. Water treatment plants do not require much and are significantly easier to maintain. Wherever they are being applied the people need to be taught how to operate them as well as keep them. The water sources are present, but the water itself is extremely filthy, and the water treatment plants will help mitigate that. This is why it can be Sadaqah Jariyah, as it will help generations to come even after this one.

Fertile land is also becoming scarce. But the most dangerous thing is that the previously fertile land is losing its health as well. Crops and plantations can help provide cities with food if appropriately made. This will help the people for a very long time, and thus it is eligible for Sadaqah Jariyah. Due to technological advancement, the difficulties previously faced when trying to plant on an unhealthy piece of land have somewhat decreased. A great way to implement this form of v would be to provide these places with the tools and technology needed. Once the crops are planted and the system of maintenance is set in place, the people would have at least some sources of food.

Building an establishment can help countless generations, which is what Sadaqah Jariyah is all about. A mosque is the epitome of spiritual providence; Muslims can pray and do many other things that will further aid the betterment of the Muslim Ummah. If you build a school, that can help so many people. The system you put in the school is also a factor in further applying for it and creating a school that provides education free to orphans and the needy. That will help make much more than just a path for Sadaqah Jariyah. Those children may very well help others later on, and thus you will be a contributor to their journey. The cycle is beautiful and never-ending; we just need to have the foresight and the will to start helping people.

What is the best Sadaqah Jariyah?

While many acts may be considered Sadaqah Jariyah, some have some priority over others. The act of providing people with water and planting crops are considered to be some of the highest forms of Sadaqah Jariyah. Hunger and thirst are the killers of millions in the world, yet no one bats an eye, the world may seem dark, but we can change that with the help of these good acts.

As the world is progressing, more people will need help in this regard, as most of the world is abundantly fertile as of now, and these issues will become much more significant later on. And thus, helping in this regard will change many things, including the opportunities and life span of those in need.

Why do Muslims give Sadaqah Jariyah?

A remarkable aspect of Sadaqah is that it is not bound; you can give Sadaqah to anyone in need. It does not matter if they are Muslim or not; all that matters is that they needed help, and you provided them with that help. One thing that helps exacerbate the beauty further is that Muslims do not expect any reward or anything in return, for that matter, when they give Sadaqah or Sadaqah-e-Jariyah.

Let’s go over a few questions regarding Sadaqah Jariyah in order to equip ourselves with a better understanding of this ceaseless reward.

What is the best form of sadaqah Jariyah?

What are examples of Sadaqah Jariyah?

Can Zakat be Sadaqah Jariyah?

Yes, Zakat, which is used for Sadaqah Jariyah, will fulfill your religious obligation of Zakat, and you will be the recipient of the Sadaqah Jariyah. For more clarity, you can check out the difference between Zakat and Sadaqah.

Who is deserving of Sadaqah?

The basic premise of Sadaqah is that it can be given to anyone. However, the reward will depend on the person to whom it is given. Generally, it is deemed that giving Sadaqah to the least fortunate is of the highest stature.

Why is Sadaqah Jariyah important in Islam?

Generally, Muslims give Sadaqah Jariyah in order to create an environment of fraternity by helping those in need against the great reward that never ends. Giving is a highly preached act in Islam as it earns the donor an ongoing reward.

What are the benefits of Sadaqah Jariyah?

Sadaqah jariyah is considered the best form of investment for your afterlife, as the reward of sadaqah jariyah is something that keeps benefiting the donor even after he leaves the world. Furthermore, it is an effective method through which we can shape a progressive and prosperous society by helping those in need.

When should you give Sadaqah Jariyah?

You can give sadaqah jariyah all year long whenever it is feasible for you. Typically, people tend to give in the name of loved ones after their death in order to earn rewards for them. People also give in times of illness to ward off any misfortune.