Sadaqah Online: Give and Spread Happiness! 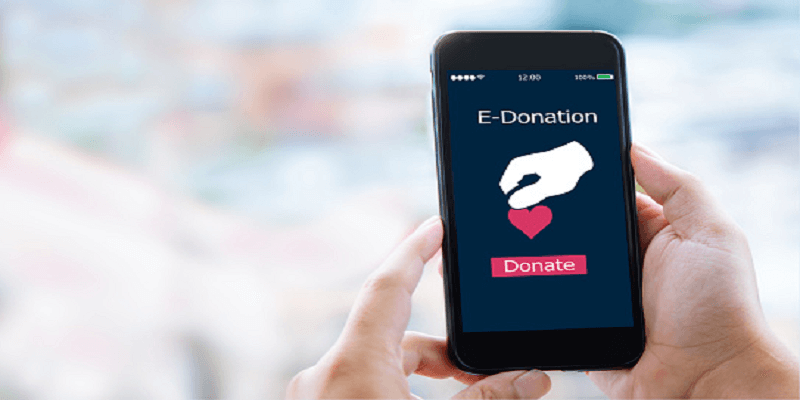 Sadaqah is the act of giving. It is about giving charity, helping those in need. In Islam, the word \”Sadaqah\” means \’righteousness\’. It is a kind and pious gesture made with the sole intention of helping others.

Sadaqah is such a riotous act that Our Prophet PBUH said,

“When a person dies, all their deeds end except three: a continuing charity (sadaqah jariyah donation), beneficial knowledge and a child who prays for them.”

Nowadays, we live in a world where Muslims are suffering all around the globe. We see Muslims locked up in concentrations camps in China, slaughtered in Maynmar, and facing discrimination in Europe and the United States.

Seeing all this in the news, at some point, we might have questioned ourselves, Isn’t there anything we can do for Muslims who are suffering?

Sure, it may seem like we can\’t do much to help them, but that is not true.

You can help those in need by sadaqah. Even though it may not be physically possible for you to go out and help your fellow Muslims in Palestine, Egypt, or Yemen, you can still make life-changing financial contributions by giving sadaqah online.

Making sadaqah donations online will not only help those in need, but it will also help you in attaining peace, happiness, and rewards in the hereafter.

How to Get Sadaqah Jariyah Online?

With the internet being available everywhere in the world nowadays, we can give online sadaqah whenever we like without having to go out in search of people who actually need it.

In fact, there are multiple organizations that are willing to give your sadaqah jariyah donation to deserving people. You can make a daily sadaqah donation without having to leave your home.

You no longer have to worry about your money going into the wrong hands. Because even though giving sadaqah is a noble deed, there are unfortunately some unscrupulous people who have been found to commit fraud.

May Allah have mercy on them and guide them to the right path.

Can You Give Sadaqah Online?

Yes! Sadaqah donations can be given online. In Islam, anyone can give sadaqah jariyah in any amount and reap its benefits even after leaving this earth.

While passing on knowledge is the best form of sadaqah, giving someone in need water, is a sadaqah jariyah that anyone of us can make an impact through.

Water projects are one form of charity that can help a Muslim earn great rewards and blessings. When a community has access to clean water, we see healthier families, children attending schools, proper hospitals, and so on and so forth.

EK PLATE BIRYANI has provided 50000+ people with clean water and long-term water solutions as per our September 2021 statistics.

Although you can pay sadaqah online and help someone in their time of sadness, sickness, or bereavement, the greatest form of it is sadaqah jariyah donation.

Simply passing a smile is a sadaqah. And spreading knowledge about Islam is an act of sadaqah jariyah.

You can donate an amount of money as online sadaqah and help build mosques, supply clean drinking water, fulfill the need of an orphan child, plant trees and perform other such great deeds.

How Do You Give Sadaqah?

Anything you do for the betterment of your fellow Muslims counts as sadaqah. One of the most common ways to give sadaqah is by donating.

The beauty of Islam is that it encourages you to donate as much as you can. Sadaqah donation is not only for the benefits of this world but for the hereafter as well.

Well, there are many ways through which one can give sadaqah. Some of them include:

If you can\’t go out yourself and give sadaqah to deserving people, you can always make a sadaqah donation online.

Who Can I Give Sadaqah to?

The simple answer to the question is that it can be given to anyone in need.

The reward for each deed will vary in the eyes of Allah, and giving sadaqah to the less fortunate is most rewarding.

Remember, it is not permissible in Islam to give sadaqah or zakaah to anyone who is able to work or earn enough to support themselves financially.

Islam has guided us clearly about who can receive our sadaqah donations.

The people who can receive sadaqah include:

What does Allah Say about Giving Charity?

The Quran has given us vast guidance on sadaqah as the Quran mentions it on 13 different occasions – 5 times as sadaqah and 8 times as its plural.

\”Be steadfast in prayer and regular in charity. … \”.

Allah also states in the Quran,

\”Allah will deprive usury of all blessings, but will give increase for deeds of charity.”

This clearly means that charity in Islam is one of the essential elements for attaining the key to Paradise.

Can Masjid Donation be Considered as Sadaqah?

Yes, a donation to a masjid can be considered as a sadaqah jariyah donation as it is permitted in Islam. Nonetheless, if the donation for masjid is in the form of zakat then it won\’t be accepted.

1. Is there a right time to give Sadaqah?

No, Sadaqah can be made at any time of the year, regardless of special holidays or seasons. It is a non-compulsory gesture that is made with pure intentions.

2. What are the benefits of giving Sadaqah?

It is proven that giving sadaqah improves happiness in giver and taker and those who give sadaqah are guaranteed a reward in the hereafter. Sadaqah prevents a person from facing calamities and increases blessings in one\’s life. Allah says in the Quran, “Who is it that would loan Allah a goodly loan so He may multiply it for him many times over? And it is Allah who withholds and grants abundance, and to Him you will be returned” (Qur’an, 2: 245).

3. Are Sadaqah and Zakat the same thing?

No, Zakat, a compulsory donation must be given once a year once certain financial requirements are met. It is a payment made to purify one\’s wealth that is above the Nisab threshold value. Sadaqah on the other hand is a kind gesture that is made to please Allah SWT. It is not obligatory.

Living in the modern world, you can be an asset to your fellow Muslims in a lot of ways.

“We rise by lifting others.”

So, it is our duty to give out as much as we can and help those in need. Giving sadaqah online will not only be helpful to you in this world but in the hereafter as well.