Shanti is a lively Thari woman who loves colors and holds sentiments dearly. 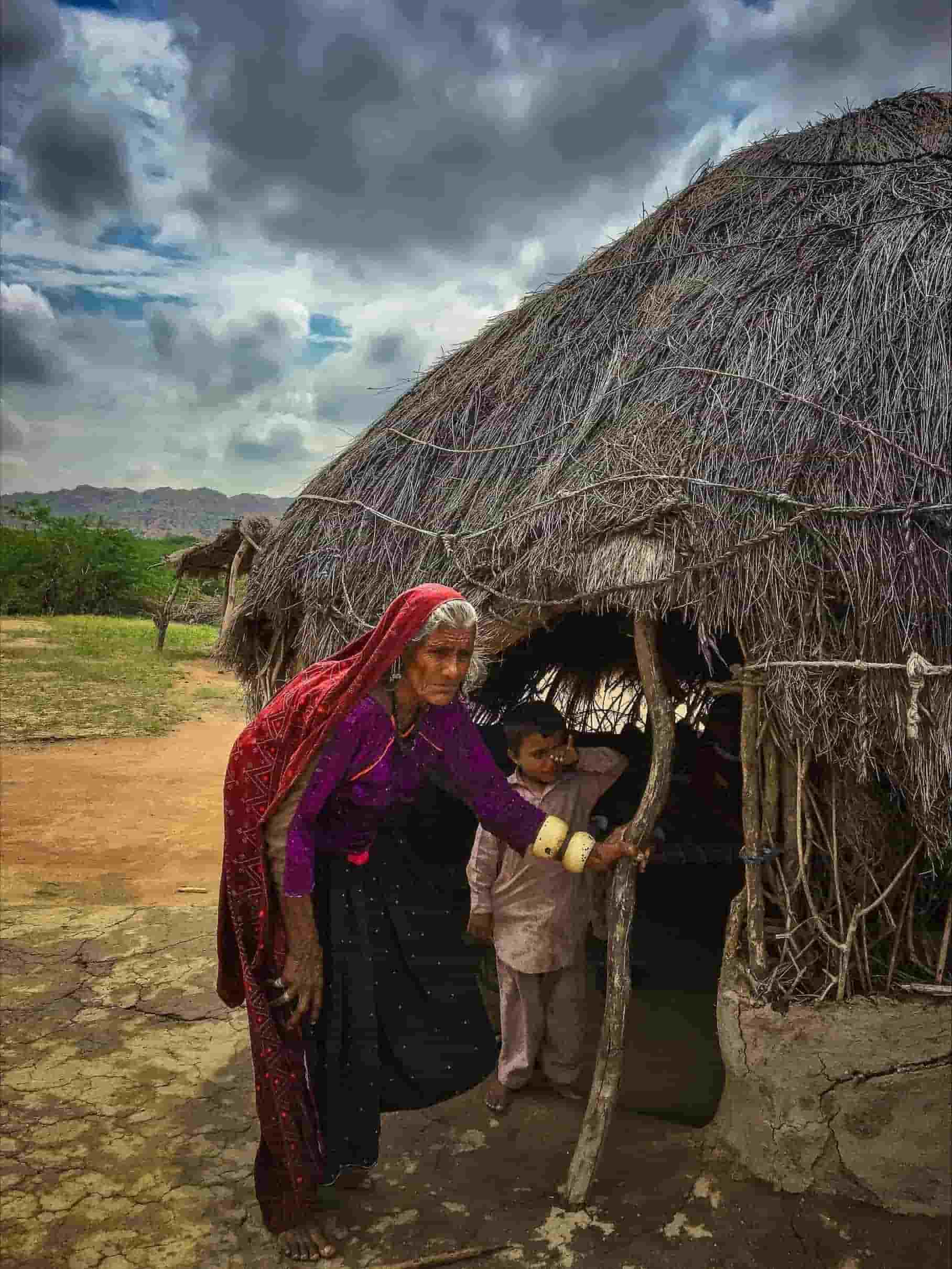 The last time we met her, she was in the beautiful traditional Thari outfit. It was that particular outfit that the women are traditionally given as a gift on their wedding. The particular outfit – which gets all the admiration from us onlookers – holds a special sentimental value for them. For them, this outfit is a memory of happy, carefree days of their youth and their parents’ blessings.
It was the same for Shanti. We had taken a picture of her in that dress and showed it to her… …which she had loved so much. However, this time when we met her, Shanti didn’t have that dress with her anymore. She told us that she had to sell that dress because she needed money. In Thar, due to poverty and lack of resources, people often have to face such situations… …where they have to sell off their beloved things to bring food to their table. We want to help them get over such extreme poverty… …that they don’t have to take such desperate measures for something so basic as food. We can help them by providing them with ready access to water… …which will help them grow their own food, become self-sufficient, and live a better life.