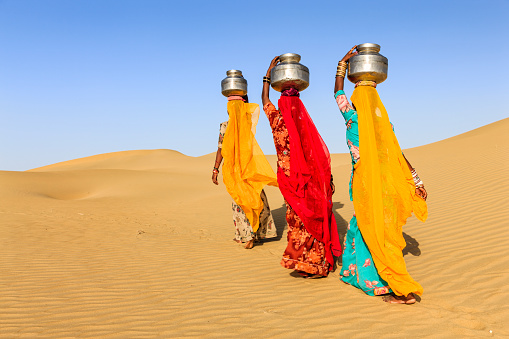 “Thar is beautiful,” said several photographers to us on various occasions.

With its local women wearing the most striking colors and traditional bangles, and colorful peacocks on a backdrop of sand dunes for as far as the eye can see, Thar does look like an artist’s dream. 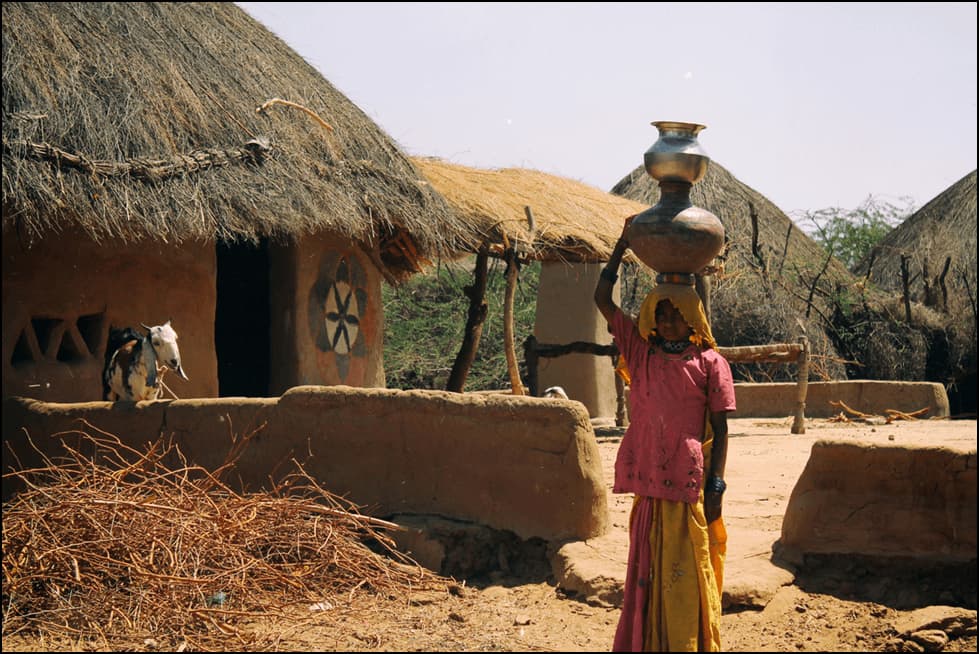 However, the life for its residents is too harsh to be anyone’s dream.

And, women – as in any other patriarchal society – face the worst of it.

Recently, a casual survey was done in Thar by a local NGO, where Thari women were asked if they would want to be born as women again.

EVERY SINGLE ONE of them gave a hard no!

That’s how difficult their lives in general are.

When we talk about the water crisis in Thar and other areas, we can only see the tip of the iceberg. The problems go much deeper.

But, today, we will talk about how the water, or a lack thereof, impacts the lives of the women of the region. 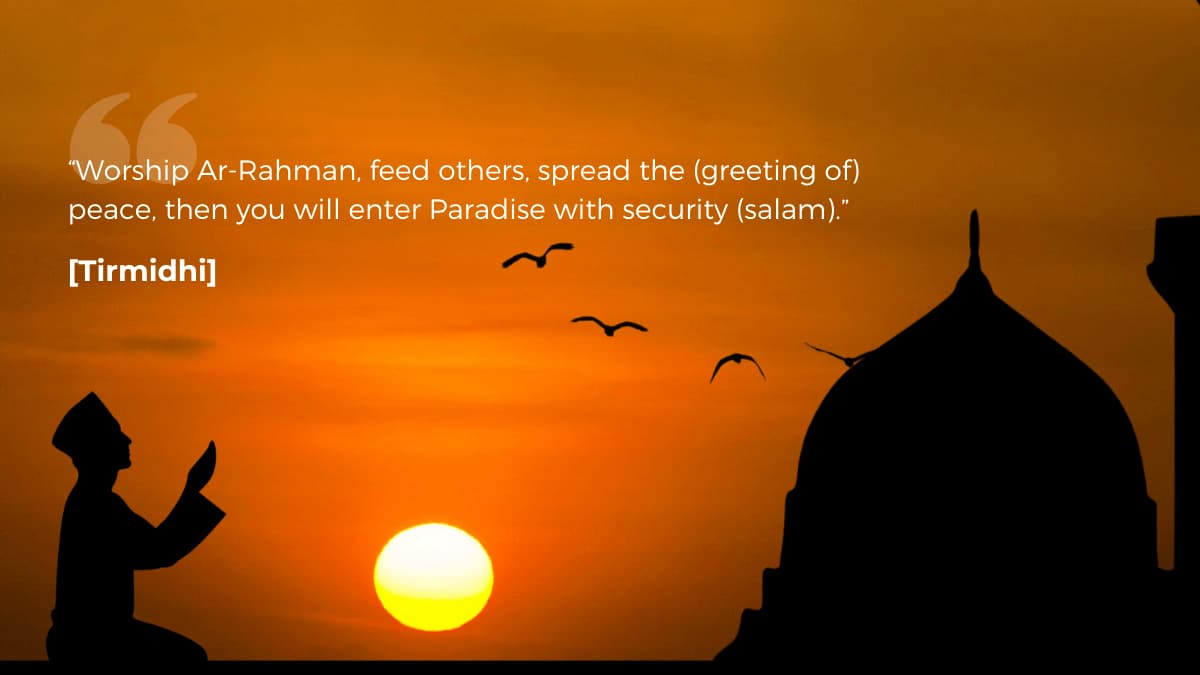 Did you know that hardly 7 out of every 100 women in Thar are literate? The rest cannot even read or write their name.

Even most of these 7 do not go beyond primary education.

And, only 2% of the women study till graduation.

These statistics are alarming, to say the least.

Two of the most important factors are:

We will discuss the latter in a short while. Let’s talk a bit about the first reason.

Women and girls in Thar are expected to work in the fields, take care of their family members, cook, clean, and do absolutely everything.

To explain their workload, I will just quote a Thari woman here, “A woman’s work is never done.”

Among their many duties, one is to fetch water for drinking and cleaning every day. Since most villages do not have drinking water available, girls have to walk for 3 to 5 hours each day to bring it for their families.

Even if we assume that they can manage most of these tasks after school, bringing water takes up about 3 to 5 hours of their morning. They have to be on this water-fetching duty early in the morning, hence, have to miss their school. 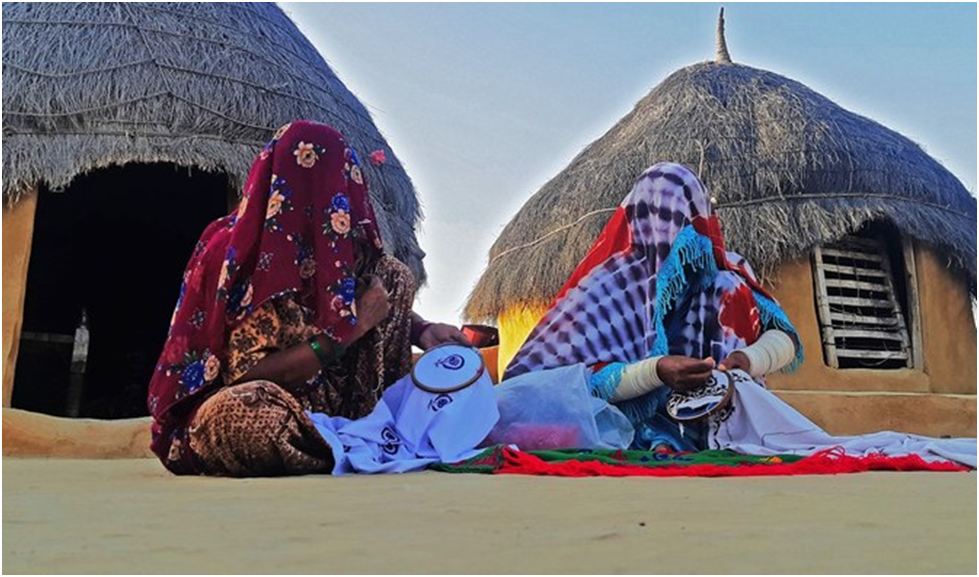 The World Food Programme (WFP) has ranked Tharparkar as the “most food insecure region of the country.”

Being drought-stricken for years, agriculture is a daunting task. They cannot grow enough crops, without external support and free-flowing water, to be able to make a living out of it.

Men often have to go to urban areas to earn money… leaving behind the women to take care of the children and elderly.

These Thari ladies have to spend all their energy bringing water for food and crops; struggling for subsistence agriculture (which means growing enough food to feed their families); and tending to the livestock.

In short, they work harder than most people can imagine.

But, not only do they NOT get paid, they do not even manage to grow enough food to feed themselves or their families up.

In our households, we treat pregnant or elderly ladies with extra love and care. And, we expect them to rest well and take care of their health.

Women in Thar, however, cannot afford that.

Regardless of which phase of life they are at, they keep working for as long as they can.

You can see women pregnant, ill, or even old, all working day and night.

Apart from all the work, carrying heavy pots of water each day harms their already weak, malnourished bodies.

They are so busy working that when asked to look after themselves, they complain that they have no time left for themselves ever.

Due to lack of water, hygiene is another serious problem. They cannot use free-flowing clean water to bathe themselves or even drink, further putting their health at risk.

That was physical health, and is probably something you may have seen on the news.

Their mental health situation is no less distressful.

Their fight against physical exhaustion, poverty, and deaths and diseases of their children everyday wears them down. And the vicious cycles, which do not seem to end, take a toll on their mental health.

According to the Sindh Mental Health Authority (SMHA), 143 suicide cases were reported in Thar between the years 2016 and 2020. And, among these numbers – unsurprisingly – female suicides ratio is higher than male suicides.

Here comes quite an indirect impact of water on the lives of the women.

Women in Thar are not financially independent. Men run the finances, and, hence, dominate the household.

These women do not have any say in the household matters, financial decisions, or about how to utilize their time and energy.

Also, due to poverty, frustration is quite common, and women bear the brunt of men’s frustrations, too.

They cannot raise their voices because…

…they depend heavily on the men of their families, be it their father, brother, or husband.

It is a life of extreme physical labor without absolutely any reward.

Let’s imagine that they have water within their village…

…and see how their lives could have been different.

Do these sound good enough reasons to help them have water in their area?

All the points mentioned just above this section are the actual results that have been witnessed in areas of Thar which gained access to clean water.

And, see the difference this one small change brings to their lives.

A water well or hand pump will not turn Thar into a Utopia. But, it is definitely the first step to start building new lies and better futures for women of the region.

“When a group of women in the remote village of Sadhuraks in Pakistan’s Thar Desert, some 800 km from Karachi were asked if they would want to be born a woman in their next life, the answer from each was a resounding ‘no’.

They have every reason to be unhappy with their gender, mostly because of the unequal division of labour between men and women in this vast and arid region that forms a natural boundary between India and Pakistan.

“A woman’s work is never done,” one woman says.

“She works in the fields as well as the home, fetches water, eats less,” adds another.

Tharparkar, one of 23 districts that comprise Pakistan’s Sindh Province, which has been ranked by the World Food Programme (WFP) as the most food insecure region of the country.

women are compelled to perform manual labour even while pregnant, and some lament they cannot take care of themselves, with so many others to look after.

they are also forced to fill a labour gap caused by an exodus of men migrating to urban areas in search of jobs.

With their husbands gone, women must also tend to the livestock, fetch water from distant sources when their household wells run dry, care for the elderly, and keep up the tradition of subsistence farming – a near impossible task in a drought-prone region that is primed to become hotter and drier by 2030, according to the Pakistan Meteorological Department.

the balance of power between Wirdho and her husband is shifting. “He is more respectful and not only helps me water and take care of the plants, but with the housework as well – something he never did before,” she confesses.

Hardly seven per cent of Thari women are literate which is quite alarming.

Only two percent of these girls make it to the graduation level in Tharparkar district.

143 suicide cases were registered in Thar between 2016 and 2020, reported by the SIndh Mental Health Authority, an arm of the provincial government.